Riding up Highway 101 on the Oregon Coast first thing in the morning brings certain benefits. Such as the view. 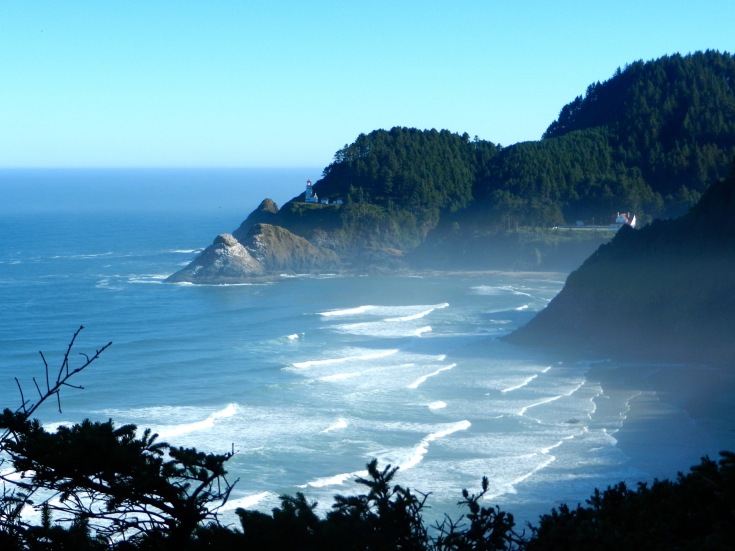 We could have stood there for a long time, just reflecting, feeling the breeze and listening to the waves. But since I was there, we took a lot of pictures instead, including this one of my traveling companions. Clive, who doesn’t understand how cameras work, looked away just as I snapped the shot. 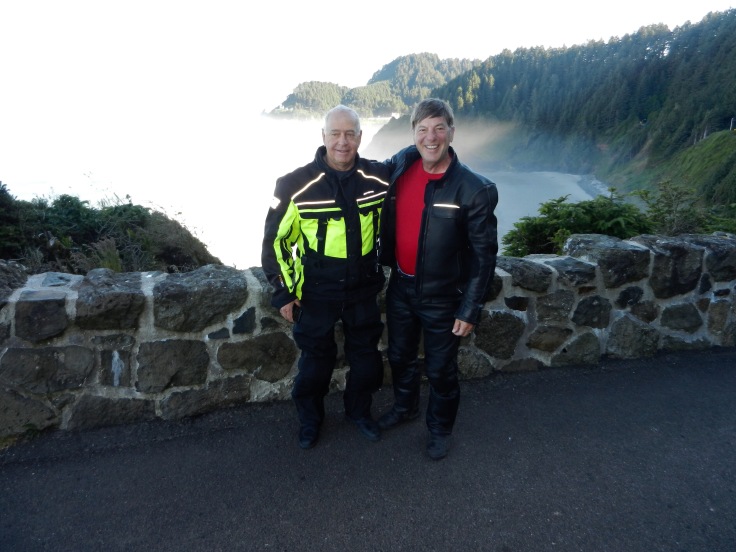 Speaking of reflecting, sometimes you take great shots purely by accident — like this one (in my humble opinion): 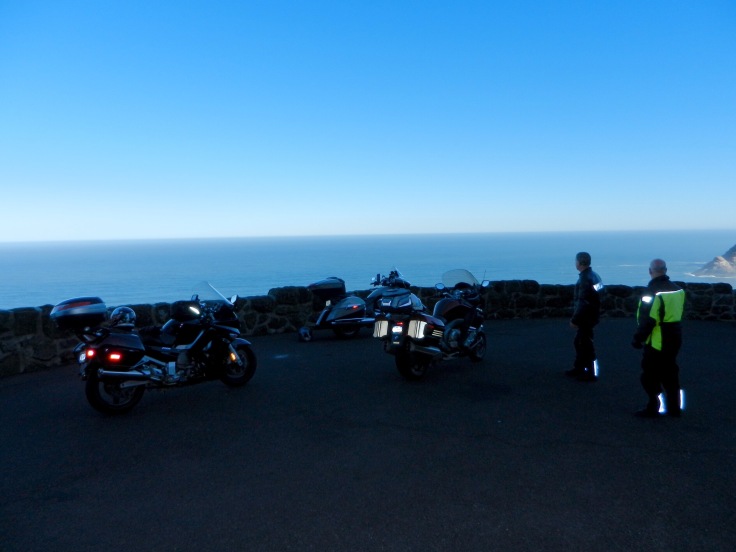 If you continue riding north on this road, you eventually run out of Oregon and have to resort to Washington. That happened to us, so be forewarned. However, we were blessed to cross the Columbia River, which separates the two states for many miles, allowing us this gorgeous view of the river and Mt. Hood: 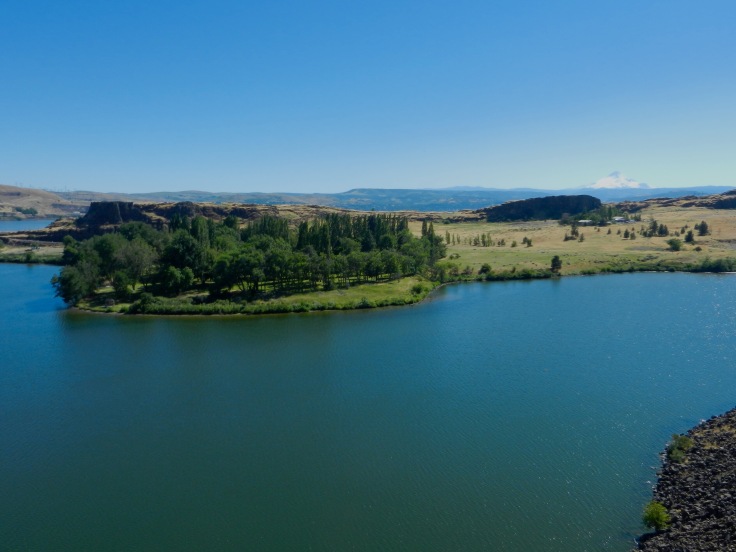 I’ll be interested to see how Dale’s picture turned out, given that he has his phone turned around the wrong way and he is accidentally taking a selfie. My guess is that his first reaction was, “Oh my God — Mt. Hood looks just like me! 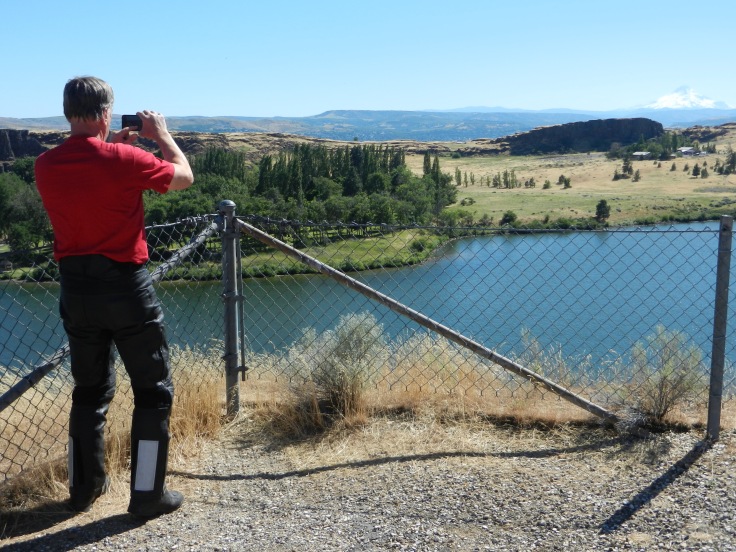 Dale and Clive make me lead most of the time. This isn’t out of deference or respect but because the leader is most likely to get a speeding ticket and the bikers following can usually slow down in time to avoid getting caught. I admit that I got us lost once today but the upside was that we only went about 7 miles out of our way (okay, 14 miles in total) and I led us right up a fantastic and curvy mountain road (and then back down). We also found an offbeat gas station with a couple of tongue-in-cheek signs: 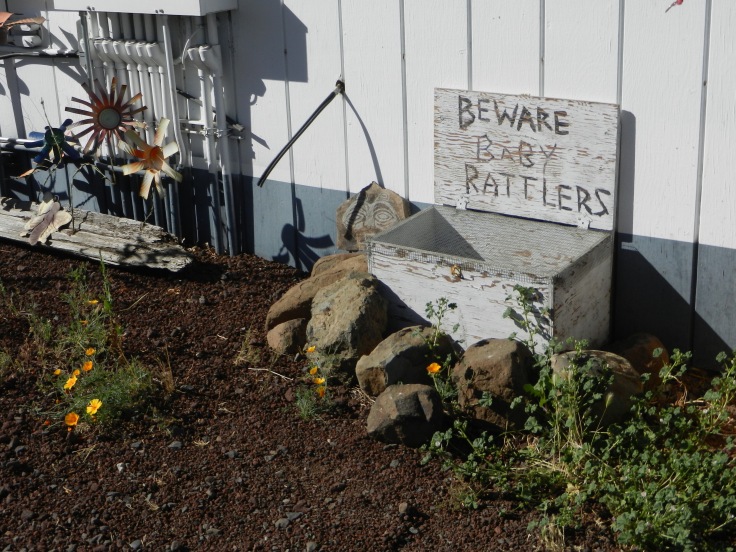 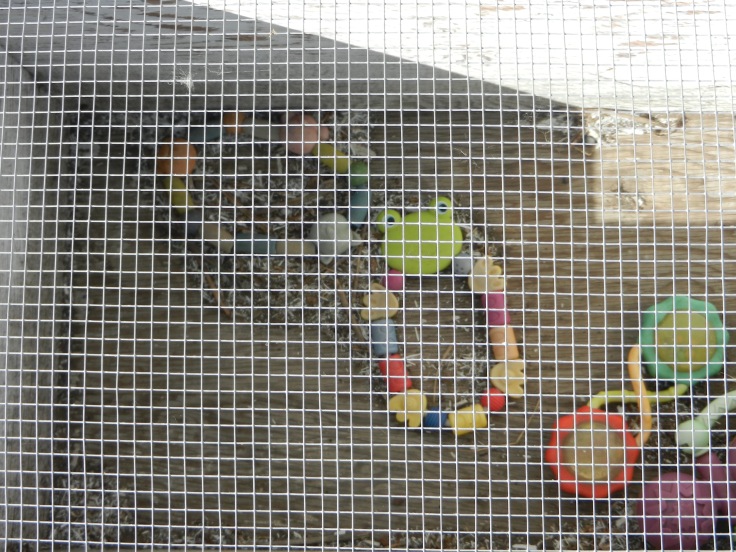 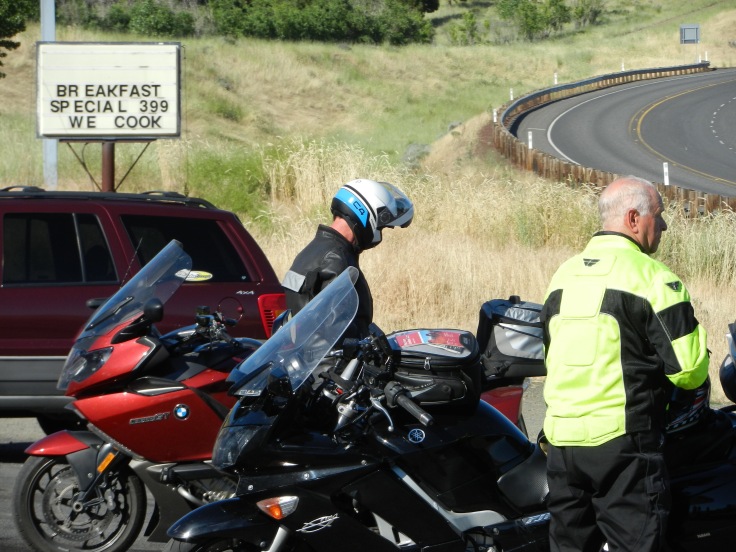 Ignoring the clever sign (“WE COOK” – Ha!) are Clive, who is preparing to put on his helmet and Dale, who is urinating in the parking lot.

Just a couple of miles down the road is the “Maryhill Stonehenge,” a full-size replica of England’s genuine article (in much the same way that “New” England is a copy of “England,” for example). The Maryhill Stonehenge was commissioned by businessman Samuel Hill on July 4th, 1918 and completed in 1929. Samuel Hill thus inspired the colloquialism, “What in the Sam Hill is this?”

In any case, the monument was supposed to honor US servicemen who were killed during World War I. Interesting story and you should read about it online. But for now, some glamour shots from Stonehenge: 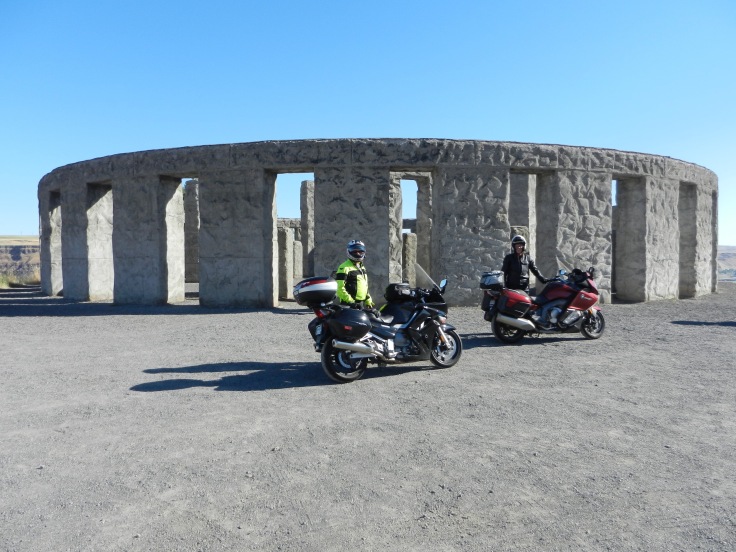 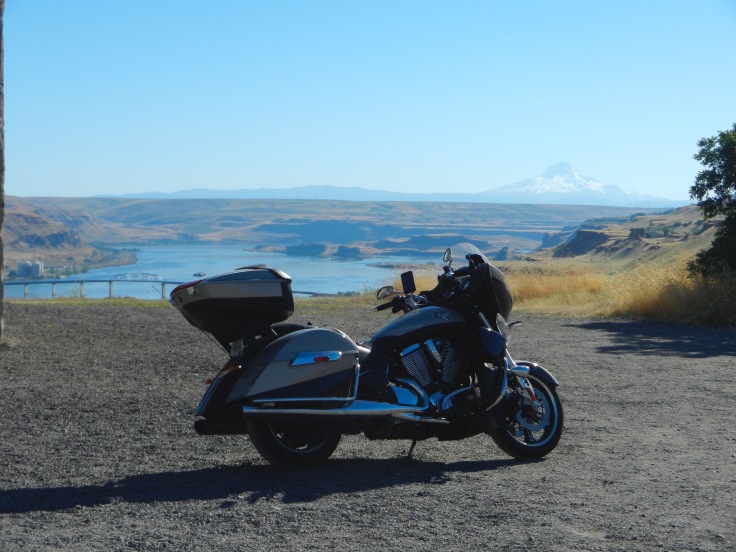 We eventually made it to Pendleton, Oregon, where we are about the sleep after a long day on the road. But there is a British sports car club rally going on at this hotel, so I had to go and take a bunch of shots; here’s one: 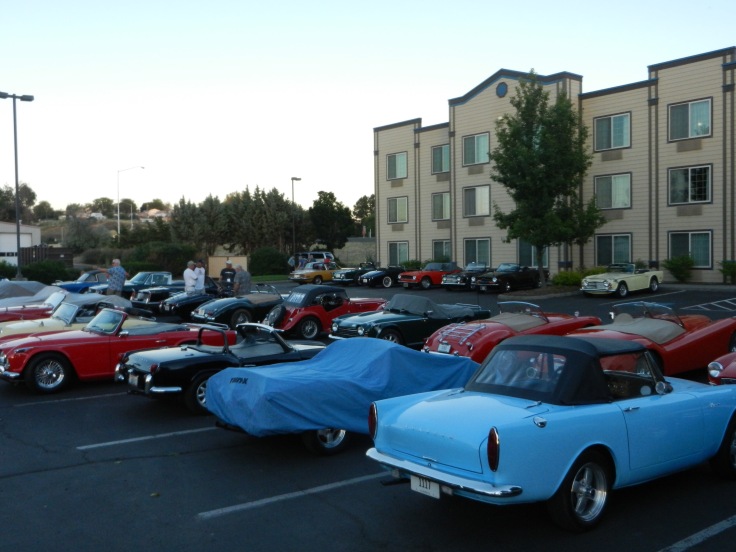 But the parting shot must belong to the stars of our trip, our wonderful and trusty bikes: 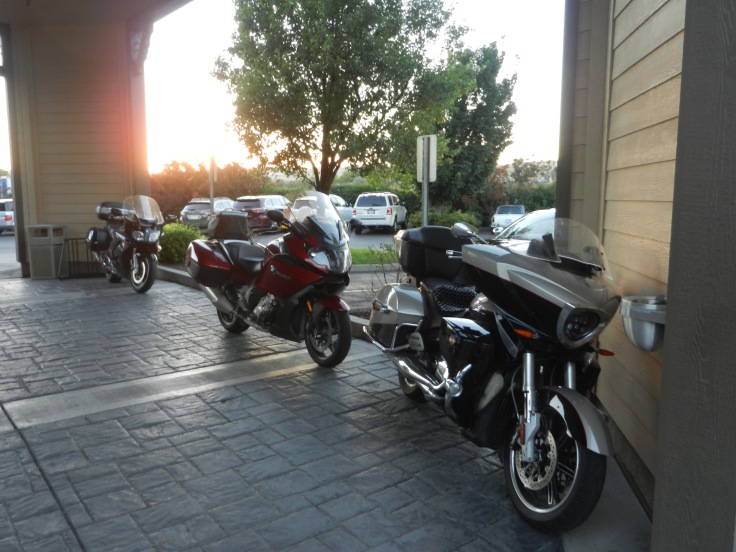