The Slog, Day One

I put in about 700 miles today — not sure of the exact number because I only have two “trip” odometers on my bike. The first one I reset with every gas stop since the gas gauge on my bike isn’t very accurate (a common problem on motorcycles) and the second one is the “master” mileage keeper for my entire trip. I’m up to about 4200 miles, by the way; I couldn’t stop at exactly 4000 miles (the “two thirds” point) like I did at 2000 miles because I was on the Interstate. However, I stopped a few miles later and took a picture of the odometer and the bike. You can tell I’m on the long slog home because these are the only two pictures I took today.
Like the one third milestone, the two thirds moment happened in Montana. By the time this trip is over, I will have traversed the Big Sky Country twice and I can verify that this is a damn big state. Also: the sky here is really big.

I crossed back into the US at Porthill, ID, where I had a funny moment with the border guard (although he wasn’t in on the joke). He asked me where I lived and then where I had visited in Canada. I told him and he then asked, “You rode your motorcycle all the way from Georgia so you could ride in British Columbia for two days?”

Of course, the answer to this is, “Yes.” However, if I had told him the truth, he would have assumed I was either lying to him or just plain crazy and I feared that either assessment might leave me barred from entry.

So, I admit that I lied to a federal agent today because what I said to him was: “No. I’ve been riding across the country visiting family and thought I’d ride into Canada for a few days.” But the reality is that I was invited to ride the Canadian Rockies for a few days and among the four riders who traveled from out of state to reach our starting point in Spokane, I came the farthest and was the only one who rode there (the others trailered their bikes. They are highly intelligent).

I arrived at my mother-in-law’s house in Billings, MT around 9:40 this evening. She asked me if I was hungry and, as I climbed off the bike exhausted, I told her “no.” Then I walked into the house and her cooking smelled so good that I magically became very hungry indeed. She served me tri-tip, fried potatoes and, fresh from her garden, stir-fried vegetables and a sliced tomato. Plus, another piece of the rhubarb crumble she made for me last week and froze. It was heavenly and I am now stuffed and ready to sleep very soon.

It must be a night to change my mind because she also asked me if I wanted to do laundry. I said “no” to that as well…but after I took a shower, I couldn’t stand the thought of putting on any clothes that were in my bag, so I stuffed everything — including my motorcycle pants and the stretch garments that hold my body armor — into a single load of laundry, which I will put into the dryer in a few minutes.

God bless Helen Hittle — my “Shorty.” The finest home cooking anywhere, a beautiful and comfortable home that beats any hotel and a nice hug and a peck on the cheek before bedtime.

Tomorrow, the slog continues through the worst heat wave of the summer. I haven’t settled on a route yet. It’s shorter to head east through South Dakota but temps there are over 100 degrees. It adds about 170 miles or so to ride south through Denver and then east but it’s cooler that way. I’ll decide in the morning and will either write from Sioux Falls, SD or Burlington, CO…probably. In any case, you’ll be the first to know.

Thanks for reading; stay cool. 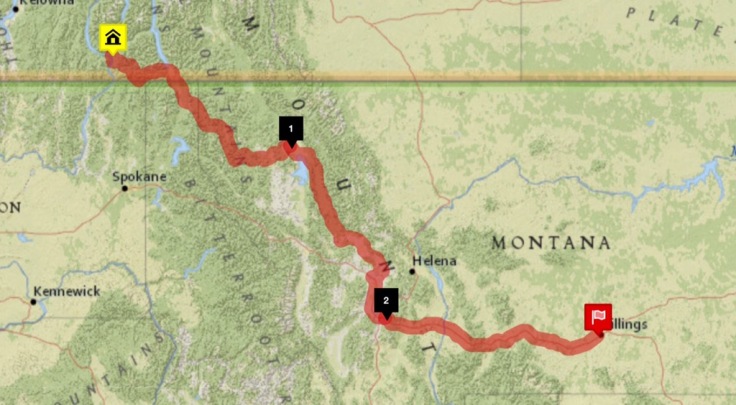 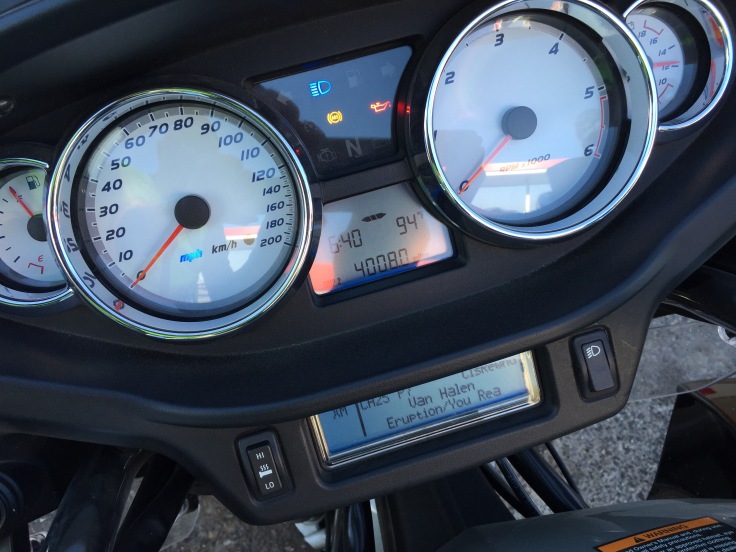